As demolition appears imminent, this film covers the final chapter of Robin Hood Gardens estate in east London. Using the honest opinions of Timothy Brittain-Catlin and Amy Frearson, they discuss the unique brutalist design as well as the social problems that have plagued the area ever since it was built.

In 2017 The Economist will move from its home of 52 years to new offices in central London. This is the fascinating story of the iconic building we will leave behind and the two modernist architects who designed it. 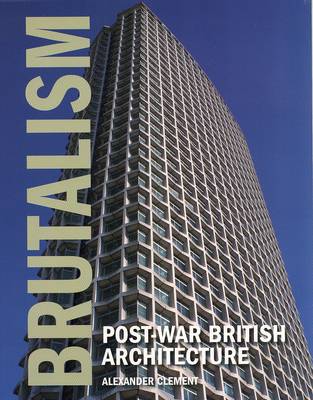 By the late eighties, the estate had also come to be viewed as unsafe – the incidence of both reported and unreported crime said to be significantly higher than in surrounding streets and estates. A contemporary survey placed blame on the ‘complex design and layout of the estate’. But, in hindsight, it seems as realistic to look at wider social problems as any particular issues with the estate itself.

Residents’ views remain mixed. Some liken it to Alcatraz. One resident describes it more imaginatively as ‘an enormous concrete crocodile that has been in an accident’. On the other hand, there’s the resident who claims, with a little poetic licence, that they ‘live in a penthouse apartment in a Grade II-listed building in St Johns Wood’. For others, it is simply home and it is described overwhelmingly as a friendly, neighbourly estate.

Brutalist architecture is a movement in architecture that flourished from the 1950s to the mid-1970s, descended from the modernist architectural movement of the early 20th century. The term does not derive from the word “brutal”, but originates from the French béton brut, or “raw concrete”, a term used by Le Corbusier to describe his choice of material. British architectural critic Reyner Banham adapted the term into “brutalism” (originally “New Brutalism”) to identify the emerging style.